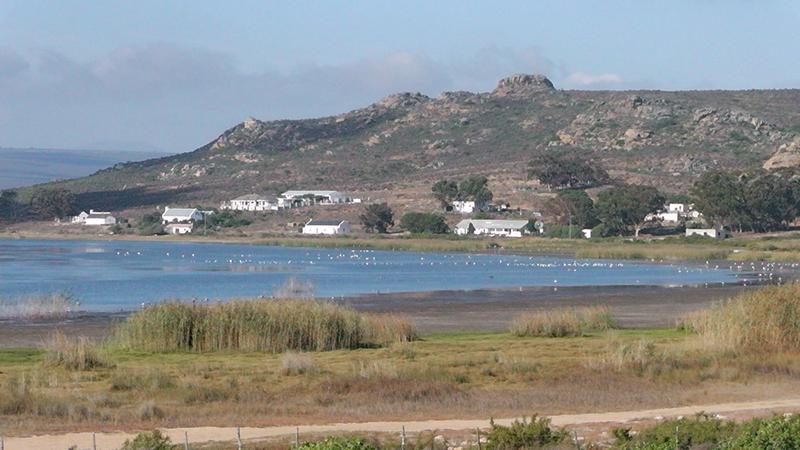 Magical opportunity for birders, surfers and nature lovers, and ... For those who love the nostalgia and architecture of yesteryear to be part of what once was a thriving hamlet on the largest natural wetlands along the West Coast – Verlorenvlei.

Situated on a Heritage Site, a wonderful opportunity to become part of the magic of years gone by and build your West Coast Long House next to this wonderful coastal estuarine-lake and marsh system which normally covers roughly 1 700 hectares (currently less water than normal because of the drought).

Verlorenvlei supports over 189 bird species of which 75 are water birds.

Nestled amid dramatic topography, the lake is approximately 13.5 km long and 1.4 km wide and occurs in the transition zone between the karroid and fynbos vegetation types. This results in the region displaying high species diversity typical of an ecotone area. A coastal freshwater lake, Verlorenvlei is a very important estuarine system in the Western Cape, and one of the largest natural wetlands on the Cape West Coast.

It supports wading birds, provides a ‘nest and rest’ for over 75 species of water birds, is home to more than 5 000 birds most of the time, and occasionally as many as 20 000. The wetlands connect to the sea at Elands Bay via a narrow channel, although the system is virtually closed because of the sand-covered bar at its mouth and other artificial man-made structures.

Last but not least, it is only 3km east of Elands Bay – a surfer’s paradise!

Don't miss this opportunity to stake your claim in one of South Africa's most beautiful areas!